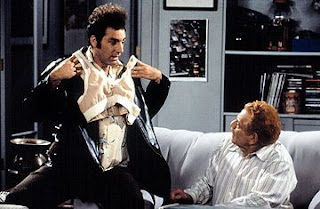 Well, I've gotten a couple of days of sunshine, even though it's been cold has heck. Gotta shake myself out of the apathy because school started this week for both Big Kid and I.

In honor of Little Guy's favorite TV show coming back after hiatus---Super Nanny, which features the "naughty corner"---I've saved a couple of eye-rolling "naughty bits" to comment on.

The first is from the UK, where some whiny boob is complaining about his chesticles, and the refusal of Britain's national (socialistic) medical system to give him a free breast reduction. It's not that they're actually telling him to take a hike, mind you---they told him to drop a bunch of stones before they would consider him (I think that's some weird British term for pounds---not the money pounds, I think it's fat pounds---but I don't have a lard conversion table on hand).

So this young guy, who is 23, claims he can't leave his house and work because he's afraid that people will look at him and say, "Yo! You need a 'bro'! (a man-bra)"

He's not willing to do what it takes for his medical system to consider him for surgery (laying off the mac and cheese), because he doesn't feel like he has too many stones (translated as pounds, but that's confusing to me) to lose.

He asked for the surgery back in 2005, but those unreasonable doctors told him to lose weight. Now he's so depressed he has to take anti-depressants. And of course, he can't work.

Well he could get the surgery if he was willing to go private and pay between 5 and 9000 pounds (this is the British money pounds, not the stone to lard pounds and converts to about 12 to 22, 000 dollars).

To be honest? After looking at his pic (he's so ashamed that he posed with his miniscule hooters for the rag), I have half a mind to invite him here to the lake for the 4th of July. I know of at least 6 guys who proudly strip down and display their big ole titties on a regular basis. UK guy should just get over himself.

But you know, then he'd probably want a pension for being awarded 1st place on the "Itty Bitty Titty Committee".

Ok, here's the link with the pic. I know you've been dying to see it. LOL

The second "Naughty Bit" eyeball roll goes to Virginia State delegate Lionel Spruill who introduced a bill to ban "trailer testicles" in the State of Virginia.

Let's see. Osama is still on the loose. Inner city schools need up-to-date textbooks, not to mention plumbing that's been updated since 1940, and roofs that don't leak. People are homeless. Families can't afford adequate health insurance or health care. Cancer and AIDS haven't been cured and are still killing folks right and left.

And Lionel thinks it's crucial to spend tax-payer time and money on some doofusy Larry-the-Cable-Guy's fans having rubber gonads swinging off their trailer hitches?

Who are the idjits who voted this POS into office? I mean seriously!
Posted by Attila the Mom at 11:33 PM

I checked out the link (of course). The guy definitely has man-boobs. You'd think he'd be motivated to lose the weight in order to get the surgery rather than sink into despair.
You really have to wonder about what people consider REAL problems and why they feel entitled to use taxpayers money to fix them. (CRAZY!)

Truck Nuts are all the thing around here. Personally, I think they're silly because they are disproportionately small. If they want to ban them, then they should make male dogs wear pants.

one stone = 14 pounds, confusing when you know that 9 stone 7 lbs is a good weight for yourself and have to then remember 133 lbs. Then, Ireland goes metric and now I need to know kg too, yikes!

What about boobs for the front of VW Bugs? Those are supposed to be 'chick' cars aren't they? Let's see what the powers-that-be say about that.

Thank you for the morning chuckle. It's pretty obvious that menfolk are a ridiculous subspecies.

I'm not sure how I've managed to go to work all these years with boobs. I just do, because that's the kind of person I am.

Hi Attila,
Have “truck nuts” replaced the furry dice hanging from the rear view mirror and the Madonna mounted on the dashboard on the low-rider vehicles? With a looming recession, the never ending war in the Middle East and a presidential election this year, worrying about dangling testicles on tailpipes seems rather inane. I wonder where you can purchase them……

That bloke should just lose weight then maybe the health system wouls chop his tits off! And those trailer nuts.... never ever seen them before.. bloody funny!

Actually (maybe I shouldn't say this) this guy has very similar boobs to mine (except for the chest hair!), and I still manage to leave home, etc. If I'd lose weight, I'd lose those puppies as well, just like he would!

I think a stone translates to roughly 16 pounds or so, so that would be about 220 pounds-ish, so he's obviously not monstrously fat, even if he's very short. But those were some breasty-shaped man-tits, I have to say. Still he needs to cowboy up and deal or bind the fuckers. SHeesh.

About the truck-nutz - lighten up, assholes!
My girlfriend has a golf cart out at her lake house that's all done-up hawaiian-style, and I've been thinking about getting her a pair of truck nutz for it and bedazzling them.

Seriously. I am fascinated and repulsed by those things all at the same time. People need to get over it, though. Next they'll be saying we can't use airplanes any more because they are phallic.

I saw those truck nuts all over when I was in Tennessee,but they never seemed to catch on here in New York. It does seem silly to be focusing on something so stupid, when there are so many other things going on in the world that are so much more important. I agree with you there! As for the other man, he definately has some man boobs, but I think if he lost weight, he would loose a lot of that. If he wants a reductions, he should pay for it heimself. Period.

Have a good day. Thanks for making my life look normal. No easy task! XOXOX

My Redneck has more man boobs than that guy and he's employed.
And probably they put a bunch of really important legislation up for a vote but couldn't get anything done but banning balls on truck? That's something BOTH sides could get behind (no pun intended).

Hell, he just needs a $30 sports bra and then noone would notice them and that's a hell of a lot cheaper.

I'm not showing James the truck balls, we've already spent enough on accessories for his damned truck this year.

Wow.
You come up with the most interesting tidbits.
tee hee
Thanks for checking on me.
i am fine and back now.
Hugs,

Well damn, here I thought 1 stone = 16 lbs! And if you want to talk about currency just say Pounds Sterling. Makes you sound all fancy and shit. From manboobs to trucknuts, man you've just covered it all, haven't you? Looks like the guy just needs a sportsbra or an ace bandage. Oh yeah, and a JOB!

Thank Rusty I don't live in Virginia! I can only imagine the hate mail I would receive in my Vagina-mailbox.

The picture of his manboobs was something I didn't really need to see but I can't help myself when I see those links staring at me!

I have never seen trailer testicles before but now I want some! I have testicle envy!

As far as depression, I feel for him. But, There are meds, and he's milking the system. There are thousands of men who suffer from this affliction, who live mostly productive lives every day. I see his manboobs haven't stopped him from getting a little sumpin sumpin at home, since he's got two kids by his 19 year old girlfriend. He sounds lazy to me, not disabled.