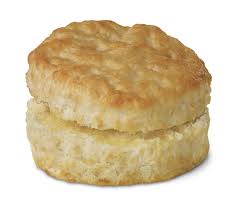 Ever since last Christmas, I've been having a lot of lower back and hip problems. I blamed it on fibro, and went to a back clinic for some relief. Like I wrote before, it really helped a lot. I had some x-rays done, and it turns out that my sacrum never fused together on the top, so it's like having an extra vertebrae (which Hubby is enjoying) without a disc to cushion it.
It's not a rare condition, but my tailbone was poking out, and my right hip was quite a bit higher than it was supposed to be. Also, the disc on the vertebrae above my sacrum is 80% deteriorated and all squashed up, causing most of the pain.

Well I got it all fixed up, but somehow a bunch of nerves down there got damaged, causing some kind of neuropathy (nerve issues).
For the last six months or so, the skin on the top third of my butt feels like it's sunburned. When I'm tired or stressed out, the muscles from my heinie straight down to my ankles ache. When I try to sleep, I get electrical "shocks" in my legs or butt or stabbing pains like somebody is jabbing me with a sharpened pencil. Itching along the nerve paths can become unbearable. The worst part is muscle weakness so I don't feel too steady on my feet.

I've been spending the last month having tests done and exploring treatment options with my doc. I nixed the standard nerve blockers because side effects include weight gain and swelling (amongst other nasty-sounding things). We decided to try a migraine medication that isn't normally prescribed for neuropathy, but acts by blocking nerves without all the other stuff.


Which comes to the great Zostrix experiment, or what I call "death in a tube".


Zostrix is a very very strong Capsaicin (chili pepper) ointment which is usually used for arthritis pain and sometimes for neuropathy.


The doc recommended that I try it along the top side of my butt that feels like it's sunburned.


So I bought this little 20 dollar "tube of death". Hubby read the instructions which included, "don't use a heating pad on the affected area", "don't get on your hands, eyes, mucus membranes or injured skin", and "if the dried ointment flakes off, don't inhale it".


Hubby used the applicator pads and spread it across my hips. My skin sucked it right up, so he couldn't exactly tell where he put it before.  He added some more.

Since I was having sharp jabs to my heinie and my legs hurt, he applied it there too.


"This tube isn't going to go very far", he said skeptically. The sucker was a third of the way gone.


I was pretty much ok for the first couple of hours. It burned a bit on the back of my knees.

Then, the best that I can tell, some of the ointment from my butt flaked off into my panties and migrated somewhere else.

...and the screaming began.


I ran into the shower to try to get this stuff off of me.

There's a reason why the directions tell you not to use a heating pad.


What it doesn't say is DON'T GET IN A HOT SHOWER!!


The dried ointment liquefied and ran down into my crack, where it hit another tender area. The heat from the water ignited it and I was on fire from my hips to my ankles and every crevice in between. I spent the next ten minutes bent over in an ice cold shower trying to ease the burn.

For three hours I alternated between the cold shower and laying in my bed with my ass in the air facing the fan, shivering, moaning and waiting for death. The only thing keeping me from going to the emergency room was the thought of explaining how I got the crotch of fire.


Ok, now it's a little funny. I went back to my doctor to tell him the tale of my burned biscuit (and butt, and hips and legs), and the poor man turned purple trying not to laugh. Finally he burst out with "Great balls of fire!" and practically fell out of his chair.

Turns out you can actually OD on the stuff, as it's supposed to be used sparingly on an area about the size of your knee.

The only good thing to come out of this is that the skin on my butt feels almost normal now. I think it burned all the nerves to death. LOL
Posted by Attila the Mom at 10:56 AM 16 comments: