Wow!  I was so NOT prepared to deliver puppies, but that's what ended up happening.  Maddie was so freaked out with the first one that she just pushed him (using "him" loosely, it's impossible to tell what sex they are) out and ignored him.  So I got a crash course on helping babies and placentas (yech) out of mom, stripping off the amniotic sac, cleaning, tying and cutting umbilical cords and sucking out crap from puppy mouths with a syringe.  LOL  I ended up delivering all 6, yes 6 puppies.  We had to put them on a heating pad under a towel while she delivered the other ones because she kept rolling on top of them.
The last one almost didn't make it.  He wasn't breathing when he came out and I ended up giving him doggie CPR a bunch of times.  He was too little and weak to be put in with the other puppies, so I carried him around in my shirt next to my heart (or my boob, take your pick) for a couple of hours and we've been feeding him with a syringe and formula.  He's now perky and wrestling with the other pups to get the prime spot next to Mom.  She's calmed down and is taking care of them now that the messy part is over.  :-)


We have 5 black tri's and one red/brown one.  The littlest one, of course, is special and is probably the one I'll keep.  He has a little horseshoe on his nose.  If he survives I might just name him Lucky.  Cliche I know, but he is lucky to be alive.  There's a pic of him below.  Little guy fits in the palm of my hand. 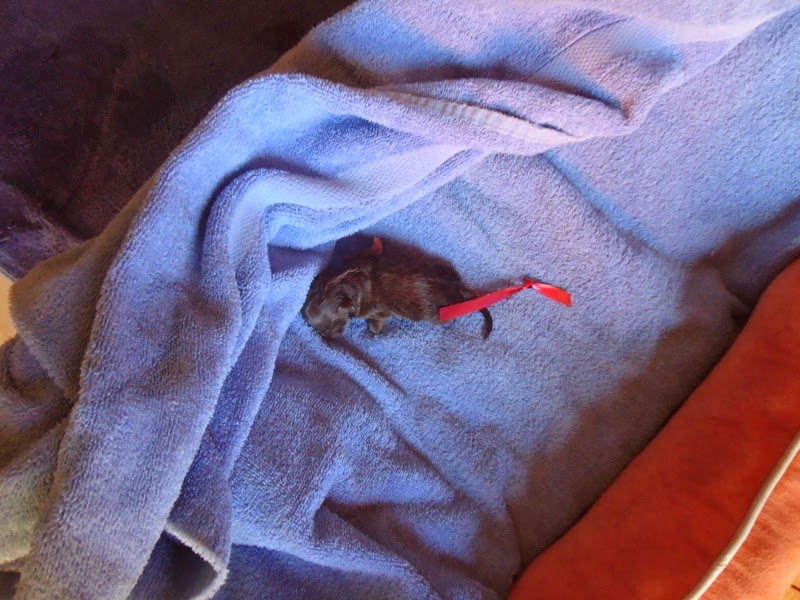 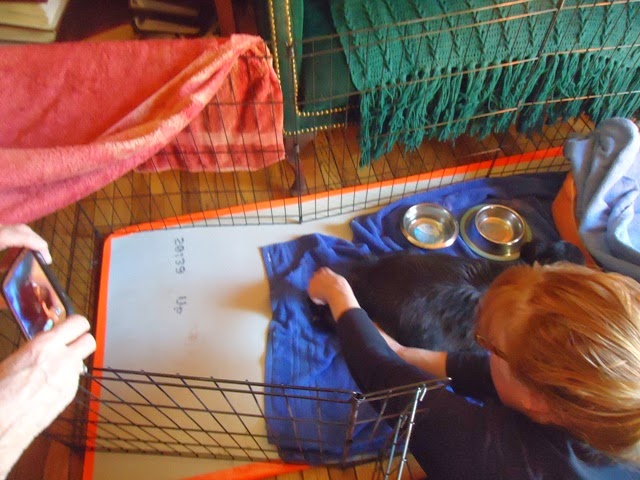 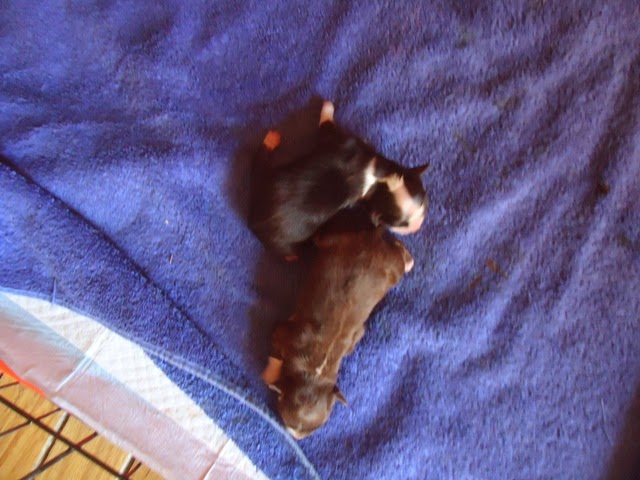 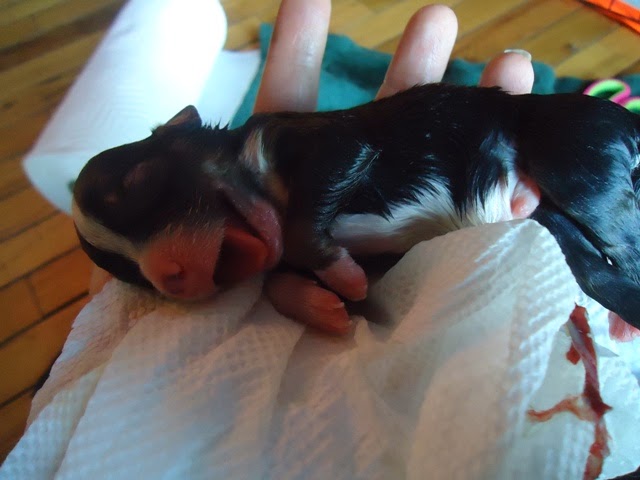 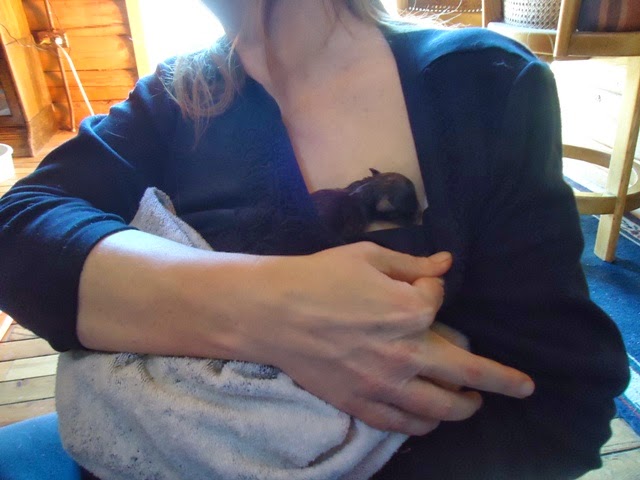 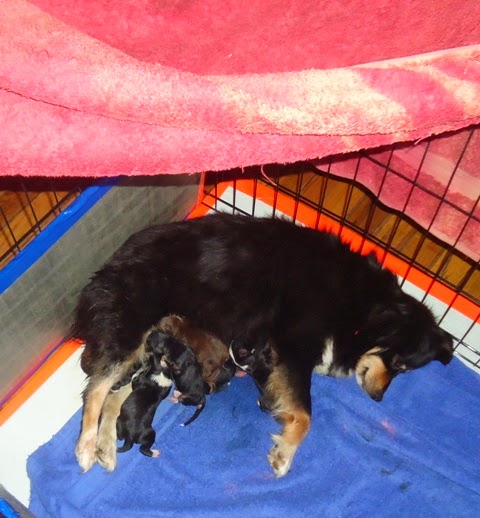 
Sorry to vent, but that's why I haven't been around much lately.  Hope you all are well and happy.
Posted by Attila the Mom at 3:33 AM 9 comments: