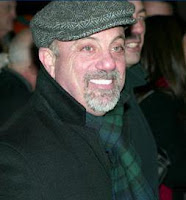 I've read a couple of blogs lately in the disability community and others about different things that make people attractive to each other. Terrible Palsy wrote a lovely post about what made her husband attractive to her (despite being shorter and a bit older), and it made me think about my relationships as well.

One major thing that drew me most to my husband was his voice. Deep, melodious, and expressive...he could read a column of the most boring crap from The Wall Street Journal and even after 14 years, it will still make my knees weak. He could make a fortune recording books on tape.

What is it about certain sounds that affect us so?

Little Guy can hear a vacuum or car alarms with no problems, but fire alarms completely incapacitate him. When he was in elementary school, the building had an issue and the alarm went off every 15 minutes or so for several hours. He curled up in a ball on the floor and completely shut down.

His para-educator went to the principal and said, "Either you call his mom to come get him, or I am putting him in my car and driving him home myself. This is torturing him." He has much greater control nowadays (mostly because they warn him before fire drills), but he still has a lot of anxiety whenever he sees a fire alarm on a wall anywhere, especially in the hair salon.

I've been a huge fan of Billy Joel for years. I think he's brilliant, or at least he was before he started getting drunk all the time and driving into buildings. And what kind of stupid sh*t would cheat on a Goddess like Christie Brinkley? Like he's going to get something better? He's got the Ethan Hawke disorder. Or maybe Ethan has the Billy Joel disorder. What kind of short, scrawny, pretentious and bad-toofed dood could cheat on Uma Thurman, for pete's sakes?

Anyway, we have a stack of CD's we listen to whenever we go on long car trips. One of them is "the best of" Billy Joel. Except for one song.

I simply CANNOT listen to "Under Pressure" in the car. Nothing will transport me into the throes of a panic attack quicker than that song. I guess it's part of his musical brilliance, but you know that anything that makes your toes, sphinck and chest clench in a spasm simultaneously can't be a good thing.

I'd rather throw open the car door and hurl myself onto the interstate than listen to that song.

The voices I find incredibly pleasing?

She plays the medical examiner on CSI Miami. I can forgive the stupid dialogue when she pontificates to the faux corpses----"Who did this to you, Sugar?"---just to listen to her talk. If she ever gets tired of the Hollywood rat race and decides to just do voiceover, I think I'd listen to her even if she dubbed Power Rangers 12, The Zord Unleashed XXXX, or even the freaking Farm Report. 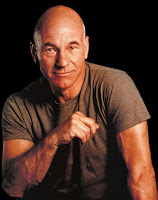 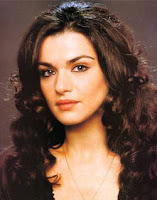 Oh Baby. I could become a lesbian over that voice. I'm serious. LOL 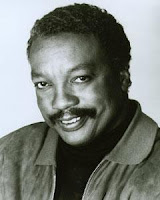 Unfortunately, the Emmy Award winning actor and narrator of City Confidential passed away in 2004. Listening to him was like drinking a fine aged whiskey without the hangover.

Now don't laugh. Many of you prolly have no idea who this is.

Back when I was a kid, my mom was the Muzak queen. No disco or heavy metal allowed in our house. Instead, we had to listen to the gentle instrumental sounds of KLIR, FM 101. Except on the days when they played Anne Murray, Carpenters and Roger Whittaker marathons.

When I became an adult, I bought his Christmas Carol CD and listen to it every year.

So what voices make your teeth grind or send you into raptures?

very cool post.. Makes me stop and think. I know that Jim Carrey makes my skin crawl and the hair on the back of my neck stand on end. I can't stand to hear him or watch him. And I am a huge fan of comedy. There are many voices that I love to listen to ..most likely too many to list.

One of my favorite voices to listen to is actor Jeremy Sisto. It sounds like caramel tastes.

On the other hand, Gilbert Gottfried's performance voice (unlike his placid real-life voice) is fingernails-on-blackboard to me.

In terms of music my taste is so wide-ranging (which happens with kids around) but from one extreme to the other - Andre Botticelli gives me wonderful shivers and The Cure makes me cringe - they whine...

(And we listened to Roger Whittaker and Anne Murray as kids, too.)

I have a girl crush on Rachel Weisz, she has a great voice and is gorgeous to boot. I draw an absolute blank for voices right now. I know that I've pointed out great voices before that I love to listen to but I can't seem to remember any of them.

Patrick Stewart is flat out yummy. Period. The End. Mmmmmmmmmmmmm I mean, look at him. Those eyes. That half smile. *smile* purrrrrrrr

As for voices, I am a sucker for an English/Aussie accent. Sean Connery (ok ok scottish), Heath Ledger, Hugh Laurie, Oooooh and especially James Marsters accent as Spike in Buffy the Vampire Slayer.

OMG Spike was to DIE for. I get nightmares from scary movies. But I watched every episode up until 1/2 way through their last season. Just so I could watch Spike. Mmmmmmmmmmmmm

*must wipe drool from keyboard*

I am in love with the Scottish accent, I think it's something to do with my love of the film Trainspotting. I cannot sound the noise of fake screaming that teenage girls do to get attention. It makes me want to throw things!

Oh Nat King Cole. His voice was like velvet. Or Billie Holiday. or Ella.

I totally agree with you about Paul Winfield. I love taking a nap listening to City Confidential.

Have to say I have a hard time with upper midwest accents. They sound so nasal to me. But you know, if Heath Ledger wanted to...no it would ruin him for me.

I knew who Roger Whitaker was just from the picture. He does have a great voice. On a similar note, I love Gordon Lightfoot's voice.

Oh wow, I LOVE Patrick Stewart! I say him in High School performing a one man play of The Christmas Carrol and it was awesome. He does have a great voice. Another great sounding, (and looking), older man is Sean Connery. Like good wine, he gets better with age. LOL.

And grew up listening to Roger Whittaker and like his music.

Roger Whitaker? Really? I remember him. I don't think my mom liked him much, but she did like Jim Neibors. Or however you spell that name.

And I think Ethan Hawke has Billy Joel Disease. Billy is older than Ethan. Both are idiots.

I can't believe you said you like Roger Whitaker's voice! He has always irritated the poo outta' me!

I don't think I have a favorite voice but then again, I've never really given it much thought.

Roger Whittaker and The Carpenters marathons....um, yea, every single Saturday on our painfully long "just out for a drive" trips to nowhere. I still think he sings Clouds better than anyone.

Patrick Stewart is a fav. of mine too. I like his voice but I love the whole package! Secret: I am a HUGE Next Gen. fan.

My late friend john Colicos, his voice was like butta!(He was the original Klingon, and the original bad guy in the first Battle Star Gallatica)
I can not stand Julia Roberts' voice...or her for that matter but he rvoice...
I love Emma Thompson's voice is so velevty and smooth with just the right lilt of humour....
George Clooney's voice...Ohhh, it is definitely a fine scotch and Audrey Hepburn speaking is a fine, fine champagne...

You've been tagged as Capt. Picard would say : "Make it so"

Isn't it amazing how the sound of the voice has such an impact? Yet, most people aren't aware of the (mostly) subliminal effect their voice has on others. Lots of professionals are learning that 'Voice Beautification' coaching can enhance their careers and personal lives, as well. Very interesting stuff.
cheers, Beth
vivalavoice.com

I keep coming back to this post so I can look at Patrick Stewart's picture. I'm just going to save it to my computer.

Rachel Weisz could make me a straight man.

And all Carol Channing has to do is say 3 words and my pants are gone.

"but you know that anything that makes your toes, sphinck and chest clench in a spasm simultaneously can't be a good thing...."


isn't that an orgasm? ha ha.
just kidding. i get panic attacks hearing train whistles. scares the SHIT out of me. don't know why either.

mmmmm, billy joel. he is yummilicious! ♥

James Earl Jones has the most basso profundo voice I've ever heard.

As far as singing voices, it has to be Amy Lee from Evanescence.

And the most irratating voice of all time was Millie, Laura Petrie's next-door neighbor on the old Dick Van Dyke show.

For the record, I was heartbroken when I found out Spike's English accent was phony. He was still the best actor on Buffy and Angel.

I can't STAND Adam Sandler. But that's me.

I like deep voices. Patrick Stewart- oh yum! and Dennis Haysbert (David Palmer on 24. I do not like soft or high pitched voices in men, especially singers, which pretty much limits me to Opera. If there's a baritone singing.

I could listen to Andrei Codrescu all day long.

One voice that I really enjoy is Sean Connery, but then again it's not just his voice, it's him.

I have secretly loved Roger Whittacker my whole life. I still remember when my mom and her friend went and saw him in concert. The found out where he and his wife were staying and went down there to get autographs. Ended up having breakfast with them and a really good conversation. She said they were just the best people.

I'm with you - a man with a good voice can enthrall me forever just reading a phone book or some such.

Um, most talk-show personality voices set my teeth on edge, including the View and the hostess of the Oprah show and especially Regis & whoever-she-is.