Blogging Against Disabilism---The Road to Hell.... 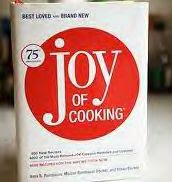 Good intentions are always better than bad ones. But as the saying goes, the road to hell is paved with them.

My middle son has autism and some cognitive delays. He's been fully included in school since the first grade, with a para-educator. I've written a lot about him over the years, most especially about the fact that he has a passion for food and people and Disney Princesses. And his ever-present foot phobia. ;-)

Little Guy is a wonderful cook. He pores over cookbooks, and creates his own recipes and culinary masterpieces in our kitchen. He needs a bit of supervision with the stove, oven and chef's knives (Hubby used to own a resteraunt and we have a very sharp jumbo professional set), mostly because he hasn't had any formal training. As a protective mom, I don't want to find a finger in a casserole or have the house burn down.

A few of his creations over the years have been fantastically crappy, but he continues to have a lot of willing guinea pigs here. LOL

Most of his creations are marvelous. And his plate presentation is innovative and superb.

He is now 21, and has started in a pilot culinary school program for people who have disabilities that is down the mountain in the big city. There are 2 teachers to 4 students---and it's an extraordinary curriculum. While he was waiting for it to start and before they offered him a place as a student, however, he took a weekly adult baking course at the facility last fall semester and it almost tanked his chances of getting into the main program.

As the term was drawing to a close, the instructor spoke with both my son's transitions leader and his DVR caseworker, and expressed concerns that this might not be the right program or career path for him.

Number one---Little Guy didn't like taking things out of the oven. He seemed fearful of getting burned.

Number two---Every time he wiped the counters during clean-up, he insisted on getting a clean dry towel from storage instead of using the one he just used 20 minutes ago.

Frankly, I was a little annoyed.

Well no, I guess that's an understatement. I was a LOT annoyed. I talked with his instructor quite a few times during the semester and she never said a word about her concerns to me. Or apparently to my son. He didn't have a clue.

So our transitions leader had a sit down with her and this is how it shook out:

The instructor never said anything to Little Guy because she was afraid of hurting his feelings. I guess she just assumed that the issues should resolve themselves on their own, because she never even addressed him about his resistance to these tasks. But her worry about his feelings almost cost him an opportunity to pursue training in the one true career he has a passion (and talent) for.

I sat the kid down and had a conversation with him.

Turns out that the class uses oven mitts he's not comfortable with because he has really big hands and they're tight. At home he has his own "Ove-Gloves" (an As Seen On TV product) that are a bit stretchy and fit comfortably. So I called the instructor and asked if it would be an issue if he brought his own oven mitts to class. Problem solved.

I asked him about the second problem, the one about having to use brand-new towels when cleaning up after himself instead of using the one he started with. This was a little more complicated. It seems that when we drummed the "germ" thing (the necessity to constantly wash his hands) into him last year when his older brother almost died from H1N1, it kind of morphed into the knowledge base he already had from Brawny commercials and home ec classes.

I explained to him that in a commercial kitchen environment, the pace has to be fast and that it's ok to use a towel you used 20 minutes ago. If there's debris on it, shake it out in the trash and rinse it out well in the sink. Only if it's really filthy would it be ok to go get a new one (I certainly wouldn't want my food to be prepared on a space that was wiped with a filthy rag). Problem solved.

In my opinion, the instructor must have been new to teaching students who have different learning styles although the school said not. You'd think that as soon as the issues started cropping up, she'd say something to me as an involved and engaged parent. Who but those closest to Little Guy would be in the best position to give communication tips? If I had known weeks earlier, we could have resolved it and he could have been performing at his best potential, instead of possibly writing him out of the program due to her perception of what his feelings might be.

Does he throw tantrums? Is he emotionally fragile? No to both. So WTF?

My son is there to learn. You are there to teach him. You're not going to hurt his feelings by correcting him, that is part of your function as a teacher, and if I had known about this earlier I could have reassured you about it. As a "seasoned" educator to people who have learning differences, why didn't you know that there's more than one way to skin a cat (culinary pun unintended)?

After complaining to a friend of mine who is in the business of finding job placements for young people who have disabilities, he confessed an alarming trend that he has been battling.

He goes regularly to observe the clients he places, just in case they need a little extra job-coaching to be good employees. In several of the placements, he's noticed that the staff treat his client not as a fellow-employee, but more like a younger sibling.

Meaning, if the job isn't done right, they let it slide instead of insisting that he or she complete the tasks that they are being paid for. And they talk to them in "baby" voices.

He questioned the employers and as it turns out that they---like Little Guy's previous instructor---are afraid of seeming to "be mean" and "hurting feelings".

Like I said the intentions are good, but it's disabilism at it's finest (or worst).

Not insisting that an employee (or student) perform to his or her potential is bad in the long term, because it won't help them to grow or learn to be employable in the future. If you are kind and respectful in your tone and your terms (Basic Civility 101), correcting doesn't have to involve hurting feelings.

Why not treat all with equal courtesy?

Today is the 5th annual Blogging Against Disabilism Day. I'm so proud to be able to be a part of it.

Please take some time to click on the picture below, visit some of the participating blogs and give your support.

It sounds like the instructor needs to go back to school! I'm glad you were able to straighten things out for Little Guy.

Good luck to your aspiring chef!!

Little guy can cook for me any time!

Very well stated post. An instructor who is trained to deal with these situations should know better. Glad you were able to intercede and fix things. Hope it's smooth sailing from here!

Really good post.. glad your son is doing well in his course... and I hope the instructor gets up to speed on how to treat him.

Gah indeed! So many assumptions, so much crap, so little time. Love the blog! I'm here from BADD this year *waves*

Disablism indeed! Grr. Glad you found out what was going on just in time. Big things like this shouldn't be down to such chance. Good luck to Little Guy in his career.

Oh I just Hate that when people do that! Lovely post, nail on the head. What does cock a snoot mean? Ignorant yank :)

I hope you set that instructor straight! How can you expect to TEACH anyone if you're not willing to correct them and help them do better? Good grief! And your son clearly shows he's SO capable, why wouldn't they understand that he just needs a little further explanation--NO BIG DEAL!

Hand raised to volunteer as a taste tester anytime ;-)

I've heard that "younger sibling" voice used when adults and other students talk to Godson and it's all I can do NOT to scream "he's not a baby". Sheesh. That just drives me crazy.

I am so glad you were able to get the course and instructor straightened out so things could move forward for Little Guy. I know he'll be a terrific chef one day.

Great post and great cause ATM. Thanks,
xo jj

Sounds like the instructor is a good candidate for an Asshat award.

Couldn't agree more. This seems to me just a special case of what happens to most children in our culture. Even parents are afraid of "hurting" their offspring by making any demands whatsoever. A
The word verifier is "unabl." The unable person in your son's case was clearly the "teacher."

I'm hear by way of BADD.

I run across this problem of teachers not knowing how to teach in many arenas. I had thought, back when I taught things, that creative problem-solving was part of the JOB. That anyone (disability or not was not the point) who had a question or did something differently, should be addressed, because, umm, isn't that the whole point of teaching -- communicating the information so that it's usefully applicable?

I have discovered that not all teachers see it as their job to teach people -- more like just present information, and who cares where it lands?

Rant rant rant. So glad you got this straightened out! I'm all for more good cooks in the world!

What a mess. I'm glad that you were able to work out the problems.