The Flow of Current Events 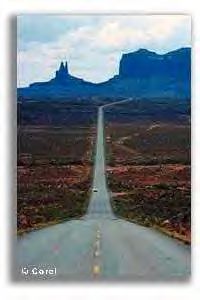 The other day I was driving the big kid down the mountain to his summer college classes in the city. A beautiful scenic stretch which we go through lasts about 15 miles---with no strip malls, no 7-11s, no traffic lights. It's a great time to talk about all kinds of things.

This time he asked me a somewhat political question, and I was delighted that he was taking an interest in current events instead of listening to his iPod.

Politics is an issue we try to tread lightly around in our house. Except for Sunday mornings, when Hubby yells at the talking heads on the TV. Sometimes I stick around for the entertainment value, but usually I find something else to do.

Hubby and I have what you might call a mixed marriage, although we both have come closer to the middle after almost 14 years together.

What do you think of the President's veto on stem-cell research? asked son.

...and I was off to the races! With a captive audience, no less!

I yabbered on about how I didn't see why women who elect to have abortions (which are currently legal) couldn't donate the embryo to science if they wanted to, how I didn't understand why umbilical cord cells couldn't be utilized more (I would have donated ours), how there is a slippery slope and the worry that embryos would be created simply for tissue, yada yada yada.....

Mom? he interrupted in a serious voice. I really need to talk to you. Please don't be mad.

My stomach did about 5 flip-flops.

He's going to tell me that his college girlfriend is pregnant. Or she had an abortion. What happened to that industrial-sized box of condoms we bought him? Did he work his way through them? No wonder he did so poorly in class, the knucklehead! He was having sex when he was supposed to be studying. I'm going to KILL him for messing up his life this way!

"What?" My voice sounded weak.

I really need to poop.

I need to go to the bathroom. Really bad.

I raced the last 7 miles down the mountain and pulled into the nearest convenience store.

"Here." I shoved a handful of dollar bills at him. "Buy something when you're done. You can't use their facilities for nothing." He crab-walked as quickly as he could manage into the building.

While waiting, I closed my eyes and breathed a sigh of relief. I couldn't get over how worked up I had become!

My very next thought was:

When he gets out here I AM GOING TO KILL HIM for scaring me like that!
Posted by Attila the Mom at 8:32 PM

AHA!
That look of concentration never means what you think it means.
Amazingly, I get this a lot.


"Mom, I really need to ask you something. Can God die?"

(me thinking up a long and philosophical answer)

"It's just that I've been praying for a toilet break for thirty minutes and He ain't answering!"

I have to poop.

Hehehe, let your imagination run away a bit didn't you? LOL

I take it this is AKWINR.

When my kids ask me a question they've had to learn to ask for the 30 second rather than the 30 minute answer.

Ours is a "mixed marriage" too when it comes to politics. I like to think of it as a perfect balance. I am the smart to his stupid.

As for your son you really should look on the bright side. He could have asked you to come in and look at it.

Mr. Fab---what is it about guys and poop?

Samantha--I swear I saw my life flash before my eyes!

NOW now attilla, HE did not scare you. YOUR overactive mommy immagination did all the work.

He just interrupted and had something important to say, about his butt.

Sheesh, women. As soon as you say you have something important, they run with teh absolute worse in you.

I mean, if you were discussing capital punishment and he interruped and said he had something important to say, and dont get mad, I'm bet dollars to donuts that you assume he killed someone.

I would Car, I would! LOL

I would have had a heart attack. I also thought he had gotten his girlfriend pregnant. LOL

See, even nikki would. Heck my mom did when my brother was 14 and said he had something important to say, my motehr assumed he got his girl pregnant.

Turn out he just wnated to be a vegatarian.


You women need to chill out, and stop running with the worst assumptions.....