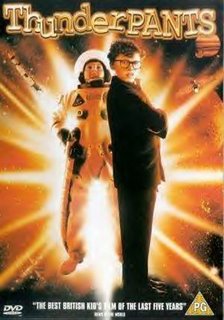 I know how painful this confession is going to be for my husband and sons. And probably for my mother too. Maybe one day they'll be able to forgive me.

After reading about a gas leak that caused an explosion in an operating room in a recent article, I decided for public safety reasons that it was time to come out of the closet.

A master of the one-cheek sneak.

I'm one of those people who are completely incapable of burping without something else coming up with it as a nasty little surprise. I guess the gas has to go somewhere---and apparently it's south.

So instead of being able to cleverly belch out the first stanza of "The Star-Spangled Banner" at drunken 4th of July parties, I have to be content with showing my patriotism with a 21-bun salute.

My friends and family have been sympathetic to my affliction. When Beano didn't help, they tried to make me feel better.

My husband bought me the big bottle of Chanel #5--guaranteed to overpower any accidental whiff of Chanel #2.

Miss Keeks sent me a DVD of the movie Thunderpants for Christmas with a little note that said, "Don't feel bad. It could be worse." She was right. Someone could make a movie about MY ass.

My dogs are even kind enough to take the blame once in a while when someone yells, "What in God's Green Earth was that noise? Has Norad been bombed?"

The rest of the time they run like hell.

So why do I feel the need to confess now?

Because there but for the grace of God...

This poor guy in New Zealand was minding his own business, unconscious and ass-in-the-air, having hemorrhoid surgery. The doctors were using an "electrical 'diathermy' machine - a hand-held tool for cutting tissue and cauterising to stop bleeding."

The patient popped a fluffy and...

As I age, I have nightmares about having less--uh--control than I do now over these things. Which is absolutely none when I'm asleep. My husband has been spot-welded more times than he can count.

The next time I have my legs up in the stirrups or have a colonoscopy, I'm afraid that I'll be so worried about the escape of the barking spiders that I'll lock up tighter than Ft. Knox.

I've heard you can snap a scope that way.

I've never seen anything about this on medical forms that you fill out before procedures. How do you inform the right people in case of an accident or emergency?

I'm seriously contemplating having a medic-alert bracelet made.

"Lets off howlers when unconscious. Keep away from open flame."

Gotta warn the public somehow. I'm a menace.
Posted by Attila the Mom at 4:03 PM

Hey, c'mon.
Let's have some positive thinking around here.
You're not a menace. You're a fartiste.
Like "le Petomane"

Farts are funny no matter who shoots the ass clouds.

Apparently Miss Litzi and I are farting twins. I do the same thing she does!!! ;-)

Hahaha! Been there, done that!

If you ever see some woman with a cart racing around the outside aisles of a grocery store, she's desperately looking for a bathroom or an alcove to rip.

You guys are great. I don't feel so alone now!

As one gets older (sigh), one of the fringe benefits is becoming a motorboat when you're trying to get from your favorite chair to the potty. Everyone seems quite amused by it...except the Capt. of the ship...

My son-in-law told me of his aunt, who's doctor told her: "Don't thwart that fart". He said it wasn't good for her HEART to not FART! (I wonder if the Amer. Heart Assoc. needs a new slogan?)

Then there's my friend (male, of course!) uses his own personal force field to clear the isle when Christmas shopping....anyone shopping with him must avoid his wake at all costs!...

Why fart and waste it when you can belch and taste it? (I learned that in 3rd grade! The nuns were horrified! There's nothing more fun than a horrified nun.)

Sneaking a silent-but-deadly while briskly walking through any public place is also known as "crop dusting."

And in case you missed it anywhere, there is an actual "dictionary of farting" that includes some of my family's favorite terms. I have 11 siblings, including six older brothers. Their favorite term is "the dutch oven," which is to "fart in bed and then push your partner under the covers to enjoy the atmosphere."

When they were in high school, my husband's best friend was kicked out of the library for farting loudly. 20 years later, it remains one of his proudest accomplishments.

Nice to see you!

You know, I was thinking seriously of surprising you with a surprise visit, but I have suddenly changed my mind. Farts make me puke.

I'm heartened to know, however, that it isn't just the Captain Underpants crowd who enjoys a good farting story.

A suggestion, Mom: a matching, but fire-retardant, breastplate for you butt.

Ohgawddhuft...
Thats freaking hillarious!
Oh Thanks Attila - I'll be smiling and occasionaly laughing throughout the day...
me.
And yes, I am a secret farter too. shhh.

I was watching a program on the History Channel called High Hitler and was amused to learn he told medication for farting. It had strychnine in it.

Ha ha, you made me laugh out loud.
hey, think of all the nice stuff you've & have a better look at life, I know you'll.
Okay, you really have a damn great funny side. Keep rocking!

That made me laugh out loud, all the analogies were excellent! completely my kind of humour...thanks...and the story about the guy in Sydney? TOO funny...the poor devil...I guess that the staff should feel lucky that they didn't get blasted right out of the room.
No wonder you enjoyed my story so much...kindred gaser one.

I've been known to run down some store isles myself. I have even done some "crop dusting" LOL

Attila, you are to much.

What ever you all do, don't use to much flax seed with your meals. I'm telling you, it's hazardous to everyone's health.

I'd laugh but that's another time farts escape if I'm not careful.

I'm a wind monster too, perhaps we could form a support group, but let's not meet up in an enclosed space.

I think I may need to write a greeting card verse for you ;o)

Anyhow, better out than in!

Ahahahaha! Excellent! My baby sister is a master of snarky poots. She'll let one rip while shopping and run off and leave us with it.

You'd be the hero of my son! He is very much into farting. LOL

hahahahaha,,,, I learned my lesson about farts when I was a young kid, was with my brother and my cousin and they decided that while we were out at the local grocery store with our parents it would be a great idea to "blow" farts at the people shopping in the isles.

well I was determined to be as good as the boys...

I worked on what I was sure to be a good one......until I realized it was quite deffinately more than a fart that was making its way out of me.

As I duck walked through the store to find the washroom I realized .....boys are stupid and why would I want to be like them!!!

Well I'm glad my speakers only let sound through. Maybe you could do an audio post for us!

Well this changes everything LOL

I guess you're not a believer of "Better burp it and taste it, than fart it and waste it"? ...as long as you don't get little "Hershey's Squirts" (as my husband calls them) with your farts you're alright!

You know its really bad like when several weeks ago I clear a room full of gamers and they literally had to get some air freshener and spray it my way....

I will be laughing all day at this. We have some good farters in this house. My husband, well.. I will call him the King of farts! I just didn't realize how many could come out of an ass at one time. hahahhahaha!

I've taught my children to say, "I think I just heard ducks flying by" if ever they're caught, ah, fart-handed (and there's no dog in sight to blame it on).

My doxie, Elvis always gives me away when I let one rip. He dives for my behind, so as to appreciate the full aroma!

Thanks for the 'outing', Attila

I think your jewelry idea is the right way to go. It'll really add something to your everyday wardrobe!

Tee hee hee! Farting! There's something funny about it. Unless you're working next to some crazy broad who keeps it up all day long at work.

The wife finds no humor in gas. However, in the morning when he gets up and rushes to the bathroom--the house shakes from the explosion. It's hysterical. My friend calls it "morning thunder."

Don't worry, ATM, we all do it. Some of us just do it more than others! (I do it rather frequently myself.)

LMAO! Anyone who says they don't fart is a liar!! But no one, I say NO ONE, beats out my 5 year old daughter who nearly killed one of our cats once with her stench. When they were looking for WMD in Iraq, they were looking in the wrong place. P U!

Glad to know there are others out there. I'll confess...my sister has nick named me "Toots When Laughs".