A Rose By Any Other Name... 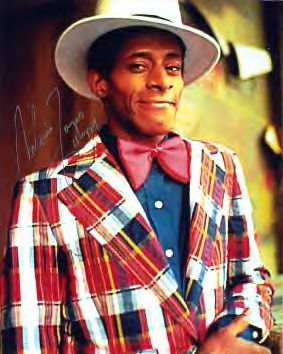 This morning I've been thinking about language, how it evolves, and how I feel so out of the loop.

Take the word "gay" for instance. Once upon a time, it was widely used to describe happiness or light-heartedness.

When I was a teen it started to become commonly used as a term describing homosexuality. Kids used to snicker at my friend Gaye. When she went to college, she changed her moniker to Gigi.

Nowadays, listening to my 14-year-old nephew and his friends, "gay" seems to be simply used as a descriptor. As in, "That's soooo, you're soooo, she's soooo gay!"

My nephew is a happening dude.

Ok, that really made me sound like an old fart.

Anyway, he prides himself on being "up" on all the trends, although the closest he's been to an urban area is in the back seat of Grandma's station wagon.

So when he visits us, hubby and I learn some new meanings to old words every time.

On his last visit, the nephew spent 30 minutes gelling and messing around with his all-over 1-inch coif. He came out of the bathroom and preened. 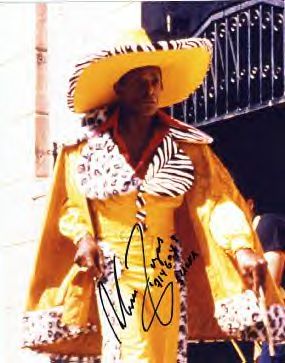 I explain to him about Huggy Bear and that old 70's series Starsky and Hutch.

No, that's not what the word means! It means cool!

Hubby came in and I tell him that our nephew is "pimp".

I mention that both Huggy Bear and Fly Guy were played by the same actor, Antonio Fargas. We muse for a few minutes on what made him such a great "pimp" actor, and how Snoop Dog just didn't cut the mustard as Huggy in the craptastic Starsky and Hutch remake.

Nephew struggles to keep up with this nutty conversation and fails.

God! You guys don't even know what "pimp" means!

You are just sooo gay!

LOL! I'm rolling on the floor here. I love Huggy Bear and Fly Guy. Now those were some cool cats.

Great slice of life, lady. :) Now I've got the I'm Gonna Get You Sucker theme song in my head ;).


Uh - I could relate more to the nephew on this one.

My problem is that I'm not young or old...I'm just confused about every thing.

Hand me the geritol.

I'm always worried by people who say they are pimping their car. Would anyone pay for a night with a car?

hahahaha love the post!!!
Aww the good old days of starsky and hutch and huggy bear.!!!!

Sounds like my son, he is almost 13 and he does all that preening and primping of his hair etc.
"He's pretty fly for a white guy."

He is "all that" apparently.

He is also of a very quick wit and sometimes that quick mouth gets him into trouble with MY generation.
But I have to tell you this one funny day.

We were playing poker ( we do that as a family every week or so.) While he was seated there all decked out in his fancy soccer jersey and hockey baseball cap and dark sunglasses with his "bling" round his neck and his rings on his fingers ( he likes to act like a pro when we play)..he makes the comment I am so pimp!!!!

I said more like pimpLE!!!
( cause he is a kid)
oh my it just came out so fast and omg it was sooo funny my hubby and I laughed so hard and I almost wet my pants!!!!

kids are so funny these days and I love some of the phrases they have.
My kids like most is I "get" their music and we always crank their station when in the car. ( they say im a cool mom cause I know the words).

I hear ya...it sticks in my craw when my kids talk about being pimp. My 14 yr old said that once and I said "so you're selling the bodies of teenage women for sex and taking a cut of their profits now?Is that how you plan to pay for college?"
Then he asked me what it meant when you called someone a fox.

My cousins (obviously male) say that all the time. It took me forever to figure out what they meant by that.

and "Superfly" remember that?!?!

Hah! Next time, just tell your nephew that tons of rappers ref Huggy Bear and other 70's icons all the time. Then bitch slap him! (that's what true pimps do)

You should totally watch Undercover Brother if you haven't. A great spoof of Blaxploitation movies!

Clew---I just loved the goldfish swimming around in those platform shoes!

Nikki---I'll lend you my Geritol, if I can find it. It's supposed to be good for confusion! ;-)

Rhonda---you'll have to get it from Nikki!

James---No kidding! They have a TV show called "Pimp my car" and I've never understood what it meant!

Quinn---That peeing thing is due to ACS, don't you know!

Rootie---Fox? Are kids still using that now? Few years ago, son came home and asked me what a tw*t was. I almost plotzed. ;-)

Meg--I guess I've been living under a rock. I never heard the term until nephew visited.

Amy--Oy vey. What is the world coming to when your 5 year old thinks you're uncool?

Shirley---We loved Undercover Brother! That and The Hebrew Hammer. I caught part of that by accident and had to run out and rent it.

It's totally dope to be pimpin! Fo shizzle!

Yeah new terminology can make for some awkward conversation. I still remember once at a bar I saw two guys start to get into a fight and one asked the other, “What you standing hard?” My first though was damn some people will fight about anything.

Big pimpin the game is to
be sold not told..Quoting
judge mathis.

I had a long discussion about Huggy Bear with a man of color when the moive came out a few years ago. He said Huggy had it goin on. I pointed out that Huggy would rat out his brothers to the man on a weekly basis. So what was Huggy? Pimp? Rat? Both? None of the above? I have to ghost, I gets bizzay.

My son was going on about a programme he'd seen at a friends house called "Pimp my Ride" which almost had me storming round to the friends house to threaten them with the police for exposing my son to pornography at the tender age of 10. Until he explained to me that it was a car makeover show.

Huggy Bear was the best!

He was always stylin' and profilin', maxin' and relaxin'.

Didn't Spanky and Our Gang and the Little Rascals have there own words for things? This has been going on for many many years. They all want that seperation from the "rents" as we used to call the parents (that one even came back for a while).

I wanted to add my own story of words changing meanings: When I was 18 I worked at a hospital where my boyfriend/now husband also worked. All the volunteers were sweet little old ladies and they knew both of us. I was a very niave young thing and my boyfriend and I were just dating so when two of the voluteers who were in their 80s asked "did your boyfriend make love to you last night?" I almost dropped my teeth....they just meant "was he sweet to you and treat you nice to show you how much he cares"....yikes how times have changed!

I stopped in to see if you had a TT up, but read your "who cut the cheese" post instead.

I deserve a good mouth washing - I laughed at the tuna salad one too.

Okay, don't presume I do this all the time but I was having dinner at a Castle with a Lord and Lady (it's a long story).

Anyhow imagine the Lord, in his forties, with the British cut glass accent you'd associate with John Gielgud etc. This a Lord from an old family who see the Royal family as being rather common new kids on the block with all that German blood...

He looked at me across the starter and said ' I do wish the homosexuals would let us have the word gay back. I mean I would love to describe today as gay but one just can't any more'

It was like being in another world for an evening....

In my day, (ahem, YES they did have mirrors then!), one stood in front of the mirror to PRIMP. However, in my dictionary circa 1959, "pimp" is connected with "pimper" which is to allure, entice (esp. by dressing smartly) so I guess the kid does have a point. Although, in MY day (ahem, yes we did invent Rock 'n Roll!), we all thought we were so different from our parents and so cool and just like now, we all strived to look, talk and act just alike so we could be different....only real difference was girls that pierced their EARS were no better than hookers, except back then, NO ONE SAID HOOKERS either! Go fig, can you dig...