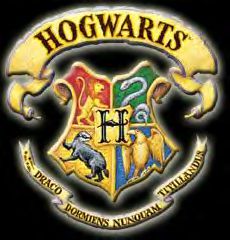 Since I already stuck my toe in the grossology pond with boogers yesterday, I thought I'd risk one more little foray before backing out of the topic completely (at least for the time being).

So again, a warning. If you're easily grossed-out, run away. Run far, far away. No mercy if you stick around.

My family loves Harry Potter. Yes, I know that puts us in the "Sheeple" category, but we just don't care.

Who wouldn't find a mystical world--where some of life's problems could be solved by a potion or a wave of a magic wand, appealing---at least in fantasy? 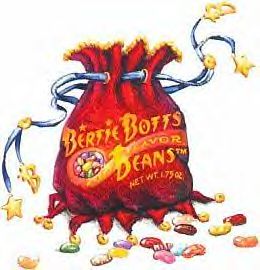 If that makes us Satan's Spawn, then so be it.

A couple of years ago during the holidays, my nephew was visiting, and I bought all the guys Bertie Bott's Flavor Beans from a big display at the grocery store.

For the Muggles who must live in caves and aren't up on Potter-lore--in the books and movies--Bott's Flavor Beans are jelly beans that come in surprise flavors. They range from the sublime (Toasted Marshmallow) to the grotesque (Vomit).

Jelly Belly, the company that reportedly was the favorite jelly bean brand of former President Ronald Reagan, got the contract to produce Bertie Bott's Flavor Beans in the US.

Ok, call me naive, but I thought that the gross flavors would really be like lime flavor masquerading as "spinach", or licorice disguised as "black pepper". I know I was brought up in the era of "Slime" and "Garbage Pail Kids" trading cards, but those weren't actually items that were meant to be consumed. 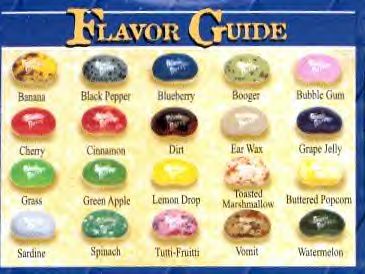 Slap me upside the head with a cluestick for being such a dumbass.

The flavor guide doesn't actually encompass all of the available flavors. There are more, such as earthworm, rotten egg, soap, spaghetti and bacon.

A jelly bean with the essence of smoked pork. Oh joy.

So, silly Moi, I ate a vomit-flavored bean.

Yes. It tasted like a tiny, chewy nugget of barf.

Not your "I had one too many tequila shots with lime and salt" kind of hurl, but more like your garden variety "I was just minding my own business, had a bit of fettucine, and some inconsiderate ass who was hoarding his sick days came to work ill and infected me with the stomach flu and I projectile vomited for 24 hours" kind of ralphage.

I even tried a soap-flavored one, which brought back childhood memories of getting my mouth washed out when I dropped the f-bomb. Blech.

I didn't have the guts to try anything else.

And neither did my guys. Wussies, every single one of them.

So, as a Bertie Bott's veteran, what I want to know is:

I'm serious. Are there professional taste-testers for this kind of thing?

"I don't know about you Chuck, but I think these vomit beans could do with another flavorful squirt of stomach acid!"

What about earthworms? Is some guy
(because I doubt a woman would ever be stupid enough to take this job, sex discrimination bedamned!) comparing a plate of the real thing against the product? 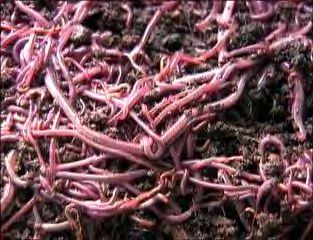 Since mucus--and boogers--are products of our bodies, wouldn't they (in theory) be affected by our personal environments and what we eat?

You know what I mean. If you eat garlic, your breath secretes a garlic odor. If you eat burritos or cabbage, the rambling pandambling phaduckas that fly out of your butt have your own special joie de vivre.

To me, the logical conclusion would probably be that the Bott's booger bean taste tester is prolly working off his own samples.

At least I would sincerely hope so.

So in effect, those who dare to eat Bertie Bott's Booger Flavor Beans are probably partaking in a taste of someone else's snot.

Don't get mad at me. I'm just taking this to its ugly, inevitable and obvious conclusion.

I think I'm going to fast for a week.

For the second day in a row, consider me speechless.

You should be a HUGE hit with the "Captain Underpants" crowd--to hell with Harold Porter, or whatever his name is. There's a new girl in town.

Have you read that grossology book? You should totally read it. It's right up your alley.

I've always wondered about those nasty jelly beans.One of my friends was trying to get me to try one. I refrained because of what they were supposed to taste like, but didn't really think they would actually taste like vomit and such. One question: why? Are those jelly bean inventors that hard up for something to do? Sheesh!

Meg: Yes! My kids got that grossology book years ago! I went looking for it the other day, but alas, it has gone to the great unknown. And no, it wasn't up my alley. It was gross.

My guess is that the Jelly Bean guys were trying to stay true to the essence of Harry Potter or whatever. Never ever ever will I try another one.

You should be forced to subsist on a diet of melokhia for a year.

Those Harry Potter beans amaze me. They taste just like what they claim.

Hi Attila- Your blogger ID itself deserves a comment everytime I see it. I too enjoyed Bertie Botts. I ate a dirt flavored one that tasted exactly like dirt. It was horrible. So was the black pepper jelly bean. I believe you are correct in your assumption that only men would taste test these beans. We never grow up.

They must have a team of lil boys :)
I love Harry Potter Books and films,ashame the last book had such a lame ending !

Your recent entries are doing wonders for my diet.

I'll never look at a jelly bean the same again.

I once accidentally served those to my husband's grandmother. "Oh, thank you, I love jelly beans!" was followed by a hearty spitting into a napkin and a look of death. Whoops.

By the way...what was your favourite cheapass vacuum? My 1000-year old Filter Queen is gasping her last, emphysimatic breaths, and I need a replacement. What do you suggest? (Keep in mind, I'm po'.)

Hoover Runabout is my number 1 fave. I bought two of them from Kmart online a couple of years ago for 59 bucks a pop. One of them predictably hit the scrap heap (taken out by a lamp cord) last year, but the other is going strong with 3 guys and 3 dogs.

They have a new bagless version that I haven't tried, but if you look around, it's pretty reasonable. between 70 and 99 bucks.

You know I thought i was the only mom in the world who actually bought and tasted these things! My boys think it is hilarious to give them to unsuspecting relatives! The dirt ones aren't so bad, but earwax and vomit are errr.. hurlers extraodinaire! I love your blog! Keep at it~

They actually made those? I must find some and hide them during the Easter egg hunt! They must have a group of little boys doing the favour testing - reminds me of a kid I used to know who would eat anything for a quarter.

This site is one of the best I have ever seen, wish I had one like this.
»

Your site is on top of my favourites - Great work I like it.
»

I find some information here.

I love the black pepper jelly beans. I've been trying to find a store that would sell them in bulk, but have been unsuccessful. Anyone know where you can buy them other than in the Harry Potter - Berties assorted box.