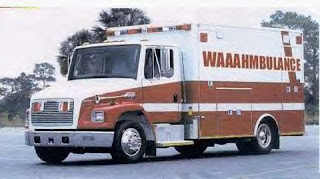 First Hubby was finally cleared by his doctors to fly back east to visit his mom. Yippee! But because they haven't determined the cause of his blood clot, it just ratcheted up my anxiety over the idea that he might fall over the drinks cart on the way to the mini-bathroom with an embolism mid-flight.

He was supposed to fly back in last Tuesday night, but his original flight was delayed on departure for a couple of hours (they didn't have enough crew---believe it or not), so he missed his connecting flight home from Denver. He got there in time to catch the last flight out of Denver, but the airline inexplicably canceled that at the last minute. They said, "well, you can be on stand-by for the first flight out at about 6am", but it wasn't until he raised holy hell that they arranged to put him up at a local hotel.

By the way, he says the "sleep number" beds suck butt. But then again, he probably didn't know what his "number" was. He was able to get a seat on the second flight out in the morning and got home around 11am. Tired, stiff, feeling dirty (he didn't get his luggage overnight) and royally pissed off.
_____________
While he was gone over the weekend we had a big snow-storm which sort of knocked out our cable-broadband-internet connection somehow. Of course, the cable company will never admit that it's their responsibility. Apparently every house in my subdivision has small children and/or dogs that somehow knocked each of our individual cables loose at the same time.

And after checking and rechecking every connection while on the 800 number with some customer service doink from another state (who first insisted we power everything down for 5 minutes as if we hadn't tried that 4 times before calling because this has become a habit), we were put on a list for service by the 1 cable guy who was on call over the weekend.
There is only one provider up here, so it's not like we can threaten to go somewhere else. However, I'm keeping track of the down-time to try to get it pro-rated off our bill, simply because it's happening more frequently.
_____________
Big Kid and I also had mid-terms this week, so we've been studying like crazy. We both think we did well.
_____________
Another Aerogarden Update! I have to get a new memory card for my camera, so there's no recent pic, but at 7 weeks of growth, I harvested about 20 snow peas. The supports that came with the package (weird insulated wires that you're supposed to wind around your fingers and stick into the seed pods) don't do poop to support the plants, so I ended up sticking 12-inch wooden skewers into the back plant pods and draping the front growth on top of the back. It looks ugly, but it's working.

You're supposed to "sex them up" for germination by sticking your hand in there and shaking them all around hokey-pokey style once there are blooms. I didn't even get a chance to do it. One day they had a couple of flowers, and the next they already had mini-seed pods. Since the first harvest, I've picked maybe 5 more pods, and there are another 20 or so buds just waiting to bloom in the next few days. I've got to refill the tank about twice a week now, because boy, they grow fast.

Ok, my personal Waaaah is done. From what I've read in emails etc, a lot of bad stuff has been happening to some friends around blogland this week. I'm so sorry, and will be down to visit pronto. :-(
______________

As a final note, I really thought that I've seen everything. Silly moi. For the man who has everything:

Here's something new. What twisted mind thought THIS up?

WOOOOOT! I am FIRST!
GAH!

-jumps up and down-
Now, onto my REAL comment
;]

YAY on being done with midterms.
I know the feeling. I'm on spring break and LOVING it.

I am also glad that the hubs made it there and back safe and sound. I've been thinking of him.

That cable thing would have PISSED ME OFF. I hate when they all say "well you need to power the modem off" LIKE WE'RE STUPID or something?!

Hope you feel better after your Waaaaah!
Glad Hubby was ok, even though he was pissed off and understanably so!

What's most disturbing about the Weener Kleener is that someone on Amazon has one to sell that is used.

Good to hear hubby made the flight ok, I understand how worried you were. Will he have to continue to take the blood thinners?

My satellite internet has been down a week and a day now. I should have suspected something when they gave me a week's credit on my service, up front. A tech is supposed to appear on Tuesday morning. Not sure if I'll hug him or shoot him.

Dry the chives or chop and freeze, both will work.

So I click on your link and see an ad for the weener cleaner. As if that is not bad enough it comes accompanied on Amazon by an ad for a Monopoly Game for toddlers--leads one's mind to go into some very strange directions!

Hi Attila,
Hallelujah that your husband was given the “okay” to be allowed to fly again, but how strange that the doctors haven’t been able to determine the cause of the blood clot. Hopefully he’s going to keep a close watch on the situation.

Good luck trying to pro-rate the down time with your cable-broadband-internet provider. When I contacted my Utility Company to bitch about losing the contents of my refrigerator/freezer due to a prolonged power outage in January, I was rudely informed that it was “an act of God” and they weren’t responsible. I pointed out that if they’d trimmed and removed the dead trees in the area the outages wouldn’t have been so widespread or lasted so long, but was summarily dismissed.

You’re supposed to “simulate” your snowpeas? LOL! Maybe that explains why some of my plants aren’t thriving. Do you think prophylactics are called for in these situations?

There are new and USED “Weener Kleener Soap” kits available; WTF?? Does Amazon provide an in-depth history of who owned it previously? It’s a Father’s Day gift for the man who’s got everything-including cooties.

Hi Attila,
"Weener Kleener Soap" is also available on eBay, in case anyone is so inclined.

Amazon sells about 20 gazillion products, but leave it to you to find the Weener Cleener.

Ever think of getting three or four and playing horseshoes when you and Mr. Attila are feeling frisky.

Oops. I guess that'd be solitaire.

Uh, put a question mark after "frisky" so I don't look like the idiot I is.

Wow, and I thought my life was hectic!! Weiner Cleaners?? What will they think of next!!??

Attila I poached the pic with credit.

I think they tell you to power it down so they have five more minutes to think of something else to say.

Nice soap. If a person uses too much soap skin get dry. I do wonder if the guys had a problem with this.

I had no idea Amazon sold stuff like that. Of course, I've never gone looking for any of it.
Happy to hear the hubby was well enough to fly.

Ha! That link is hilarious!

OMG "Personal hygiene has never been so stimulating" ?
*jaw drops*

And Cable companies suck. I haven't heard of ONE that doesn't try and jerk everyone around.

Glad your hubby made it home. Take it easy, ATM. Sounds like things are a bit hectic for you.

Hey, welcome back to the Blogosphere! Sorry it's been a rough winter--but with school wrapping up and a spring thaw, you'll be up and running in no time, right?
Chives--dry them or freeze them. Either one.
Good luck with the cable folk. If they're anything like ours, you'll need it.

HAHAHAHA! It's a cock ring that bubbles! I like how they suggest you buy a scummy towel to go with that purchase. I heart Amazon.com.

Oh boy, did that Amazon link crack me up. Then, I read the customer comments, where one poor guy got it stuck, and had to cut it off with a knife. Hmmm, not the biggest endorsement!!

Glad your husband was able to fly out, and made it back OK. Talk about anxiety for you!!

Good job on the midterms! Time to PARTY....well at least kick back and relax a bit.

Glad that garden is working out so well. Your going to have some really good veggies, lots of them. I can't believe it works so well.

Glad to hear you're doing well despite the cable issues and the midterms! And cool beans about the snow peas! I love snow peas! When will I be receiving mine in the mail?! Oh yeah...Weener Kleener soap? Honey, I've seen worse gag gifts!

I'm so happy for you and hubby!
xoxo

I'm sorry you didn't get to molest your flowers. There's always next season though, right?

Hi Attila,
Why don’t you “Google” how to freeze-dry your chives. There’s a myriad of information out there, and it doesn’t appear to be too labor intense. :)

Weener Kleaner? There are so many places to go with this.

Glad to see you back.

Everybody needs a "waaaaa" now and then. :)

I just love the name of that soap! Too funny!

I need more explanation on the product ;D

First, my BEST to your husband for his health. Secondly, I agree with him on the Sleep Number bed (unless Lindsay Wagner comes with it--I'm single so I can say that). Last, I'll bet he was on a US Airways flight!

Hello. This post is likeable, and your blog is very interesting, congratulations :-). I will add in my blogroll =). If possible gives a last there on my blog, it is about the Impressora e Multifuncional, I hope you enjoy. The address is http://impressora-multifuncional.blogspot.com. A hug.