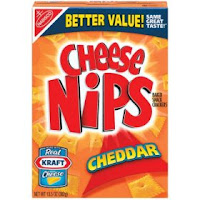 More girl talk here. People of the manly persuasion enter at your own risk---hahaha.

A couple of months ago, I posted about Russian scientists who grew a penis on some guy's arm and made some speculations about it. They were correcting a birth defect with technology, and I thought it was amazing! And yes, funny too.

This isn't about human technology, but human biology. And as usual, inquiring minds and all...

A 22-year-old woman went to see the doctor because she had an unusual growth on the bottom of her foot---close to the arch. She thought it was some kind of lesion.

First of all, before we get started, I have to comment here.

My idea of a lesion is a small sore or irritated spot that won't heal right away. After a week or two of "unusual growth" I'd get it checked out.

When she finally went to the doctors, they found a fully-formed nipple on the bottom of her foot. Complete with areola, glands and hair.

The doctors noted that there were fat deposits growing around the areola, so basically, her foot was going through puberty and growing a boob. There's pictures on that there link!

Chandler Bing jokes aside (TV show Friends character who had a third nipple), this just scares the crap out of me.

An extra nipple on my face? That might be able to produce milk?

The thought of extra body things growing arbitrarily has disturbed me for decades.

Anybody see that re-run of the Dick Van Dyke Show where (I think) Rob Petrie has a bad dream that his wife Laura had eyeballs on the back of her head (and parted her hair to show him)? That gave me nightmares for years when I was a kid.

Of course, Stephen King had to go and write The Dark Half....about twins in utero. Originally they're two, and one dies, and one fetus absorbs the other. Then when the surviving twin reaches middle-age, he feels a lump on the back of his head, and there's fully-formed teeth left over from that old-absorbed-twin-fetus tissue that decided to grow somewhere.

I actually personally know a guy---a husband and father of 4 daughters--- who served in the military (you'd think they'd do a lot of physical tests but they never caught it), and when in his forties, started having severe emotional issues about once a month or so. He'd get anxious. He'd fall apart and cry out of the blue. He had a complete physical and they found a couple of masses in his abdomen. Everyone was afraid it was cancer.

They were ovaries. They weren't connected to anything, but he was born with them and they were producing hormones. So suddenly he was having "PMS" every month. 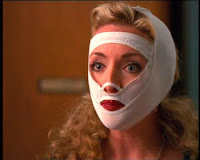 If I had a boob on my face, would I be breaking obscenity laws if I didn't wear a face bra in public?
What would happen if it was cold outside? Would it get all puckery and pointy?
If somebody smacked me in the face would that be considered sexual assault or regular assault?
Could I nurse a baby from the bottom of my foot? I guess it would be handy if I had triplets. Would I have to get special nursing shoes with little pads in them?
And if I had one on the bottom of my foot and it got cancer, could you still call it breast cancer?

Anybody know?
Posted by Attila the Mom at 8:47 AM

PMSROFLMFUAO!!! (if you can figure that out!) that was hillarious! ... and scary too! However, nipples on faces doesn't sound that bad... after all, according to Jen, I have had a dick on my head ever since we met 9 years ago!

Holy Shit! That's the first time I ever heard of a boob foot although I've heard of many a boob head.

Something serious now. An old co worker had found a problem in her breast. Of course she feared the worst. The truth war bizarre: they found the remains of an embryo! That had turned to stone after all those years...
The doctor said that the woman must have had a twin sibling, but in the very beginning of the pregnancy the cells didn't split in the right way and she "closed in" her sibling

Sounds horrible, and I'm sure you'll understand that she had a very rough time to deal with that.

(sorry if this appears double.. SOmething went wrong!)

*excuse for the writing mistakes... I think it's one of those days again...!*

I've read about this before but that's the first time I've seen a pic of it. Kinda yucky.

Where the heck do you come up with this stuff!!! ATM you are the best, my office applauds you! Hilarious!

This would be nirvana for a guy with a foot fetish and a boob fetish.

It boggles the mind. LOL.

ew. There are people in my immediate family who would find that Most Interesting.

Read about this on another board I hang out at. Talk about the ewww factor.

This has disturbed me on so many levels! OMG! I have ENOUGH problems with two boobs I have in the normal spot, (they don't seem to stay in place as much anymore, but I digress) I can't imagine worrying about one on my foot OR my face!

Hey, if you had a boob on your face you couldn't really give guys the standard, "Hey! I'm up here.." line!
Then again, who could know which ones they would stare at the most!

Hi Attila,
Very, very weird but terribly funny! Now I’ve got one more thing to obsess about…am I about to sprout a boob in some inconvenient and highly visible spot on my body? And will it be larger than the two I’ve already got?

This is a wonderful post; thanks for the laughs!

I think face boobs are a natural part of the evolution of women -- men spend so much time looking at women's chests that it's only natural that they'd move up to their faces.

Sorry. But it's probably bound to happen.

OMG, what a shocking news...

That picture is quite disgusting and disturbing! Can you imagine?! Obviously you can, look at your post!

Just the thought of having an extra anything is freaky... yuck!

BTW, do you look for those weird stories or just happen to land on them?

i checked BOTH of my feet and did a quick glance through to see if i grew anything new since reading this entry. i feel bad for the woman because it must be painful to walk on.

Eeewwww...
Oh that's so disgusting.
Really
And yeah, would you call in breast cancer?

I have a couple of butt-cheeks on my head at the moment, as you know. Looks like a pair of knockers, in a certain light

OMG. That is the LAST thing I need.

OMG! That's frightening! I can't imagine growing an extra boob... I hope it doesn't happen to me. I'd cut the darn thing off...

Mom, You are so sick. LMAO Where do you get this stuff?

That is so EWW on so many levels...but yeah I guess you could cover a couple of fetishes with a boob on your foot. More efficient that way.

OMG!
I am in awe and hysterical at the same time!
Your questions are just priceless! LMAO...and have just left me unable to answer or question myself, laughing to hard. And you do know I will be thinking about this all day...And now anytime anyone gets a bump or a 'lesion' they will be thinking, hmmmm...
It is just strange..

Count me in on the...I am in awe and hysterical at the same time....this IS good nightmare fodder...JUST like the twin's teeth growing outta the back of his head!!! GAHHHH!!!!

However, the questions abound don't they????? Could she walk on her nippled foot?? Thinking of how sensitive nipples are and all........ok, ok m-u-s-t s-t-o-p there before the fixation sets in!!!

Thanks for ALWAYS keeping things interesting Attila my dear......:)

First of all, let's just think about how gross this is. Okay, let's stop thinking about it.

But really now, let's just think about what would happen if you did have an extra nipple that produced milk. And how handy that nipple would come in when you ran out of milk for your cereal. Okay, I'm thoroughly disgusted now.

Oh, thanks for bringing up that face bra, lol. I loved that episode of Ally McBeal!

Holy hell.. that is just so not what a paranoid person should read. Every body part you mentioned, I found myself rubbing it for signs of abnormal growths.

I think if I did have a nipple pop up on my face though, I might would get it pierced.. perhaps get one of those chains that runs from one piercing to another.

There's a lot of interesting questions you've brought up there!

I will now fear any face blemish that appears.... my two boobs are a big enough problem. A boob on the face? YIKES! On the FOOT??? Ew! Nothing against the Chandler Bing's of the world... sorry.... but on the FOOT!?

i had to come back and say thank you for NOT posting the pic. i came across one that posted the foot nipple and i had a gag reflex. i keep wondering why she let it get so big?

I was surprised they didn't blur the foot-nipple out with the gray pixels like they do on tv... Obscenity, and what not. Someone might get aroused. Then again, this may be some foot-fetishists' ultimate fantasy girl. Still. Ew.