He Who Smelt it Dealt it... 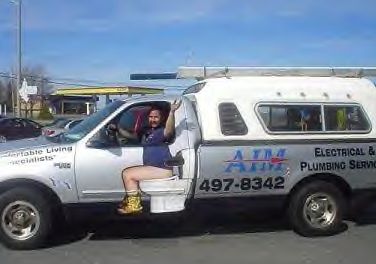 My friend The Blair Bitch wrote a post about hygiene the other day, and I started wondering about some things...

Last week I took the Big Kid out for his driving lesson. Because of his anxiety issues, he's been taking some intensive private lessons to help him gain confidence behind the wheel.

The company has a private range with a couple of driving tracks on it. There's a really nice double-wide on the premises with an office and a classroom and a place for parents to wait if the weather isn't great.

When we got there, Pretty Ms. Driving Instructor met us outside. "They're having an employee meeting in there," she said. "It wasn't scheduled until the last minute, but they should be done soon."

I didn't mind. The weather was beautiful, and I was planning on sitting at the benches to watch the kid drive anyway.

About 15 minutes later, several men of varying ages came from the building. One of them was carrying a pizza box to the dumpster. "You can go in now!" he called out cheerfully.

The other men got into cars and started driving on one of the tracks. I decided to go inside and--ahem--use the facilities.

As soon as I walked in the door, a putrid stench almost knocked me over.

Geez, what were they doing in here, having a inspirational ass-ripping session?

How in the heck did they manage to breathe, much less eat pizza?

It was a beautiful day outside, and nobody thought to prop open the door? Open a couple of windows?

I stumbled blindly through the fumage and made my way to the bathroom. It was 10 times worse in there, and there was no fan.

Great, I thought to myself. Maybe they're having a septic system problem.

I stepped outside the bathroom and took a gulp of (somewhat) fresher air before plunging back in there to pee.

I lifted up the toilet seat and....

...a humongous turd sat up and said hi.

After flushing the offender down the pooper and quickly doing my business, a thought occurred to me. If people were to come into the building while I was still there, they might mistakenly think that the malodorous funk had come flying out of MY heinie. So I got the hell out.

But I was considerate and left the front door open.

While outside again watching Big Kid parallel park, I realized something. There wasn't any toilet paper in the bowl.

So not only did the culprit leave a big foul present for the next person (how could he have put the lid down without noticing his buddy in the bowl doing the backstroke?), he didn't wipe himself either.

I spent the rest of lesson giving those employees the stink eye, and tried to guess which one had the dingleberry butt. I pitied the poor driving student who had to sit in an enclosed space with this joker.

I debated on whether or not to mention anything to Pretty Ms. Driving instructor, but I didn't know what to say.

"Excuse me, but one of your fellow employees is a big nasty ass in more ways than one?"

What I'm wondering is WHY was I so worried that people might think that stench came from me?

Do men even care about this? Is it a woman thing or what?
Posted by Attila the Mom at 8:22 AM

GROSS!!!
It bothers you because it's rude.

However, I did leave a candy bar in the toilet once for a co-worker. Tragically, she realized it was candy. The jerk.

Maybe a smoke alarm went off and they panicked

It is not just women. I am shocked and horrified that you had to go through that.

It's a chick thing. Farts are funny and sometimes suprises in the shitter...even funnier.

Hmmm, men are fond of SHART jokes (I hope I don't have to explain) but I share your horror *and* concern that the next user might think it was you that was so arse-challenged. Maybe you could leave a note: "Dear Fellas - please check that all of your ahem - visitors - have properly departed for the coast."


can't even flush their own shit.


...wonder what dr. phill would have to say about that...

Well, I think it is deffinately a woman thing to care that someone may think you dealt it. Why we care I do not know I just know we do care.

I hated that my last job we had to use the same washrooms as the general public did because they were constantly in use and constantly , well, smelled putrid. I would cringe if I went in and someone left an incredable odour not only because I was trying hard to breath and not smell it but it never failed but someone else would walk in right after I would get started and I know they would think it was me making that stink and I would hate that.
( for the record...I couldn't if I wanted to I just can't take a dump in a public bathroom I just cant.)But of course they wouldnt know that.

Next to that one I hate when people ( namely my hubby) are in the grocery store and they decide to let one go and quickly veer off into another isle and leave me to discover the stink along with some other shoppers , who again, for some reason look at me because well....when there are only two people in an elevator and one farts , everyone knows who did it.

I must absolutly LOL alot at kim ayres comment..hahahahah@kim......and "why oh why would you think that kim >?" lol..too funny.

that's rude. i can't believe the guys didn't delay their exit until the air cleared a little bit.

i would be so peeved!

That just totally groced me out...

ewww.
that is disgusting.
ewww.
& no, i hate that, and would have high tailed it outta there too, as to not be blamed for the putrid smell. i do think it's a woman thing ;]
♥

I was laughing me head off... with your story...and the toilet paper and how the mind just goes on...
And your post reminded me of Gilda Radner when she played Rosannna Rosanna Danna On SNL, when she talked about meeting Walter Kronkite and she says my chair made a farting noise, I coulda died... I couldn't let Mr.Kronkite think I faarted so I kept on moving my chair all around the room to make it fart again...and the chair wouldn't make the farting noise and all the while he is thinking I am insane... I coulda diiiiiiedd.

As the mother of 4 boys and the wife of a man, I can say with some authority that women do not respond the same to stenches as men. It is my experience that men own their gas. They take immense pride in it. The bigger the better. My husband has told me that men congratulate each other in the public restrooms. HOwever, they do so with the security of knowing women aren't going into the men's room to be disgusted by it. Gross, isn't it.

As for your experience..I don't know much that's nastier than really having to use a facility and finding it um...well...less than sparkly clean. Ugh.

That is vile!! I don't think I could have used it if it stank that bad. And no toilet paper? Eeeeeeww. I hope they wash their own underwear.

OMG hilarious! David Sedaris has an essay on hoping people at a party don't think a terd in the toilet tht won't flush came from him. He wrote how he regretted announcing to everyone, "Excuse me I'm going to use the bathroom." So I guess guys feel that way too.

Attila - the turd didn't sit up and say hi okay - he rolled over and played dead. LOL

This is too funny! We must be on wavelength, Attila. (I just wrapped up a post about a similar topic. Ahem.)

LMAO! I've said before that everyone farts and if someone tells you they don't, they're lying!

I was wondering the same thing about the turd on no tissue paper in the bowl and then you mentioned it. Can some people really be that lazy that they don't have the time to wipe?! Ew. Sorry I asked, I don't want to know!

Thanks for the mention!

I LOVE the pic - too funny. and the rest made me want to barf a little.

maybe the idiot flushed it and it didn't go down and he didn't know it? maybe the toilet paper did, but the gigundo turd just swirled? i don't know, i just really hope that pig wiped his ass. and if he didn't? well...at least his hands weren't dirty. :)

You're REALLY not lucky with public toilet lately!

Hygiene seems to be more and more rare or at least common courtesy and respect of others! Makes me wonder how gross it must be at their place! eeew!

Care? They all KNOW who did it because he undoubtedly told them. Then, they all went in to verify, each for himself. There is no trust in these sorts of things.

Maybe the person who dropped their kids off at the pool used the last bit of the toiler paper and that's why there wasn't any in there?

Perhaps the terd was less dense than the toilet paper so it just floated and the TP went down?

In any case, it was definitely gross but a really funny read!