More Love in the Summer 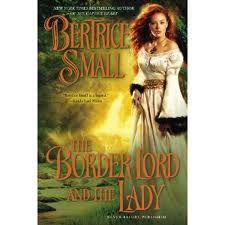 In my opinion, the mark of a good author is one that can skillfully suspend the disbelief of the reader. That's why I enjoy Charlaine Harris' Southern Vampire Series, and Diana Galbadon's Outlander series. I can almost believe that Vampires and time travel exist.

On the other hand, badly-written sex can almost ruin a book. I really loved Laurel K. Hamilton's first 5 Anita Blake Vampire Hunter books. Then came the unsexy-sex. Lots of it. There'd be a whole chapter on it, and then two chapters of everybody pissing and moaning about it. So if you figure in 3 chapters of unsexy-sex and whining 3 or 4 times throughout the book (and skip it), you only get about 5 chapters of real story. I could skate through those suckers in an hour.

Hardly worth the trip to the library.

Since this is my summer of love, I've been reading a LOT of romance novels for the first time in years. If it has boobies and bulging crotches on the cover, I'll read it. Hubby and I have formed a book club of two---I'll read excerpts to him, and he'll decide whether he wants to hump me or laugh himself silly.

Most of it is crap. Some of it is quite spectacular. So far, Amanda Quick is the front runner for writing some sexy-sex. Deanna Raybourne doesn't actually write any sexy-sex, but her first Julia Grey novel was so romantic and heartbreaking (and very very good) that it actually made me weep a little.

I went back and read some authors that I hadn't seen in years. Eons ago, I really liked Bertrice Small's Skye O'Malley series. Lots of sexy-sex and a thundering good historical story. I wanted to see what else she'd accomplished over my long romance hiatus.

The woman has lost her damn mind. That's what she's accomplished.

There is just NO WAY on God's Green Earth that you can make butt sex romantic.

The heroine, being widowed, has just remarried. Her husband feels a little cheated that the field has been plowed before. So since she has presumably picked her nose and cleaned out her ears over the years, there is only one virgin orifice left to him and he decides he needs a little butt-lovin' to feel that she is truly his.

As he is (like most romance heros) hung like a stallion, you'd think there'd be some pain involved when he buttafuacoed her "little rose hole". But no, in Bertrice's world, virgin anuses are much like other girlie parts---after the first thrust to break the maidenhead (do buttholes have hymens?) all is ecstasy.

No mention of the doody clinging to his throbbing manhood when he's done. He just flips her over, unhygienically pokes it into her old, used orifice and brings her to orgasmic bliss.

As hubby would (and did say):

too funny and EW! I read the Fifty shades series they weren't well written but I did enjoy them and so did my hubby on the exerts I read him. Happy you are having an amazing summer....maybe now that we have an empty nest I can get past my hubby loud chewing and remember why i fell in love.

OMG your funny. I love Charlaine Harris's Sookie books. I have read all of them. Although the last 2 have been lacking in the sex department, and I was a little disappointed. Have you watched True Blood, the show based off the series? It is like porn. Way more graphic than the books. Only watched the first 2. I'm no where near a prude, but would much rather imagine it than watch it. I will have to read the Outlander series and the Julia Grey novel you mentioned. I am getting ready to read Fifty Shades of Grey. Heard it is a good one.

Have you read the '50 Shades of Grey' drivel yet?

I only got through the first 2/3rds of the first book and threw it against the wall in disgust!

Needed a smile. Thank you for the review. Blessings.

Yuck and ouch! Ever noticed how the people in these books never have hemorrhoids problems and never EVER wash (never mind before but at least after!)!? ;-)

You crack me up! LOVED the Outlander Series. Did you ever read any Rosemary Rodgers? She was smut queen in the 80s LOL

Ok, that made me laugh out loud. And I totally agree!