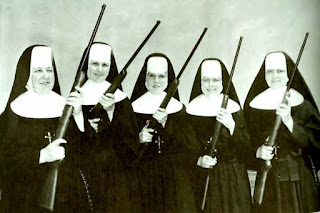 I know I've been a woefully bad blogger as of late, and I hope to catch up with you all this weekend.

Let's just say that in the last week I found the birth family of one of our personal friends after he was able to walk into the courthouse where his adoption was finalized and walk out with a copy of his records, due to this new law change in Colorado I mentioned a couple of posts ago.
For those of you who weren't adopted, I can only say...this is huge. A truly life-altering event. There's some happy and sad in it----his birth parents have passed, but I found his siblings. He's digesting all the info and deciding whether to contact them or not.
I've also helped my Mom with some de-crapifying of her basement. When my step-dad passed a few years ago, he left behind several enormous collections. One of them was a collection of about 700 78rpm records that he collected as a young man.
Mom had a dealer give the collection an eyeball, and he offered her 10 cents a piece. With the economy being what it is, and with the requests (ahem, no comment, not me, I'd rather sell blowjobs for a 100 bucks a pop, and yes I'm that good, not that you were asking) some of her children and grandchildren are currently making on her in regards to funditude, I demanded that she let me go over them.
Heh. I've only waded through half the collection and have found about 40 records that have recently gone for amounts between $30 and $220 each on eBay. Feh. So yes, I've been knee-deep in dusty crap that hasn't seen the light of day in about 25 years too.
Which brings me to the current observation.
The other day, I took Big Kid to see his neuropsychiatrist. Since the office recently moved, I left extra time to find it, but it turned out to be a piece of cake. So we had to wait an additional 30 minutes or so because we were early.
The Doc's practice (there's about 6 docs and therapists there) specializes in patients who have somewhat severe neuropsychiatric issues, such as schizophrenia, MPD, rapid-cycling bi-polar, recovery from head injuries, etc. There have been a few times where while we were waiting, we've heard people screaming or having absolute fits behind closed doors.
While we were waiting, Big Kid and I watched the program "Galapagos" from cable on an absolutely incredible hi-def TV system. After a few minutes, Big Kid leaned over.
"Mom, take a look at the magazines in the rack on the wall. Isn't that weird?"
I hadn't noticed them at all, because normally, I bring a book if I have to wait.
There wasn't your uh "normal" waiting room fare there. You know, like People, Good Housekeeping, Time, etc.
There was Guns and Ammo, Weekend Sport Shooting (something like that), and some other magazine like Hunting for Fun amongst the National Geographic and Forbes.
Are we the only people who find that incredibly freaking nucking futso? I mean seriously?
It's like nuns with guns.
Posted by Attila the Mom at 7:36 PM

Ohhh Yeah, like if some of them didn't like having to be there, they could read up on some pointers maybe.

No one can quite describe things with as much flair as you.

So... it makes you wonder who's magazines they were before they ended up in the waiting room? ONe of the doctors???? I would be wondering for sure!

I wonder if the docs are into it or if the patients bring them and leave behind. Congrats on the adoption info that is huge.

I'm hoping some (non-thinking) person donated those magazine. Imagine if they were at a psychiatrist's office? Before or after therapy you'd be prompted to think, "Just shoot me."

And do they play Death Metal over the speakers in the waiting room too?

That's messed up. Like having chocolate fudge at a Weight Watchers meeting.

Maybe one of the Doctors is a hunter? That is kinda weird. Note to Doctors: Don't give your patients any ideas......sheesh!

I think it's great that you're helping your Mom and I hope you can get a lot for that collection of records.

That is an interesting choice of magazine fare...
So will you open an Ebay store and take early retirement;)

CONGRATS on the adoption success! That's huge. way to go!

I don't get gun magazines in general let alone in a shrink's office. My shrink has lots and lots of dog magazines for some reason.

Glad you're back. I miss your sense of humor!

LOL, I visit doctors all day long as part of my job. it's amazing how many think their personal interests would be interesting to their patients.

Besides being bizarre, I find it rather tasteless and irresponsible that therapists who deal with such suffering, would have such types of magazines there. Could you imagine a schizophrenic who's not doing well on his/her meds, hears voices telling him/her to buy a gun?!

you are so very funny-I am happy to have found this blog.

This is one of those chicken/egg questions isn't it?
Which came first the nuts with guns or the guns with nuts or...never mind. You know what I mean.