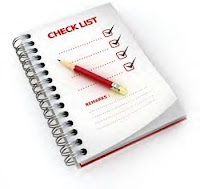 I found a scrap of paper on the floor the other day. I glanced at it and the top said, "THD's To-Do List For Monday". Listed were:

Look around!
Is the bathroom clean
Are the dogs fed
Does the trash need to go out
Are there dishes in the sink
Tell the manager you need more hours at work for school credit
Finish reading assignment
Hint that you need your own cellphone

-----------------------------------------------
On Saturday, Hubby took THD out on his errands to acquaint him with the geography of our town and to introduce him to whatever friends or associates they might run into. As I said in my last post, the phone has been ringing off the hook since THD has apparently given our unlisted phone number to every person who has asked for it (not that there is anything wrong with that). So while they were gone, I got to play social secretary.

When they got back, the Dood asked if anyone had called. I looked at my list.

"Ashley, Amber, Alyssa, Andrea and Azure called. And some girl who wouldn't leave a message."

Thanks! He grabbed the phone and raced up to the loft to start dialing.

THD and Hubby were outside splitting wood, so I said to Little Guy, "Why don't you answer it?"

Little Guy is a bit afraid of using the telephone. Mostly because it involves spontaneous conversation, and he isn't very comfortable talking to strangers without having a rehearsed set of comments ready. Although we've practiced good phone etiquette, he was nervous.

"You can do it!" I encouraged.

So he clicked on the button. Hello? THD? He's outside, hold on. Wait. Can I tell him who's calling?

Suddenly his mouth dropped open. I'm not allowed to say that. That's not very nice.

I grabbed a towel and started wiping the glop off my hands. "Who is it?"

He pulled the phone away from his ear.

It's a VAGINA! he exclaimed in a fairly loud stage whisper.

He said it louder. IT'S A VAGINA!!

I took the phone from him. We've had our share of crank calls and I can verbally blister someone's eardrums with dispatch. What kind of idiot would make a nasty phone call when everyone has caller ID nowadays?

"Who is calling please?" I asked crisply.

A scared little voice said, "Is this THD's house?"

"Could you please tell him Regina called?" Then she hung up.

OMG too funny "I'm not aloud to say that!" Poor guy will never answer the phone again!

Oh, poor both of them, lol! She probably won't call back! Oh gosh!

That Medicaid card sounds like pretty serious news, though. I hate it when people have principles.

I'm glad it wasn't a 'Dick' calling!
I'm hoping there's more joy and less oy in the weeks ahead!

Sounds like things are just fine in that household of yours - lots of laughter and joy!

The funniest stories come from real life. You may have to get him a cell phone for your own sanity.

Get THD a cellphone asap! Cute list of his.

I love your blog! Seriously, I save it for THE PERFECT MOMENT-- the time of the day when I could use a good laugh, then I sit, read and nearly pee my pants laughing. You guys rock!

LOL poor kid and poor little Guy, talk about a rough start with the phone!

Hope things settles soon with his medicaid card and your brother.

The Quacks of Life said...

Aw, Little Guy is so dang sweet;)
Glad THD is fitting in--now if your brother can get his sh*t together!

Yup that is the classic way that word, which means Queen in Latin, is pronounced. The girl I went with who had that name had to change pronunciation to Regena with a hard e. She made it through college but not into the work force.

So, uh, THD is literally, The Happening Dude with all his phone calls, no?

How funny! I am sure he was traumatized!!!

I really enjoy reading your posts and this one was no exception.

I do hope your bro gets his act together soon.

I guess that's the last time he answers the phone. No pre-planned comments could cover that. Poor Regina, though, she probably has to deal with that a lot. Wonder what her last name is.

Ha! You life seems to stumble along in just the right places. You are such a lucky Mom! I LOVE the Vagina conversation!

Of course the one time he answers the phone, right?! Poor thing, and he was doing so well until "Vagina" called. Lol.